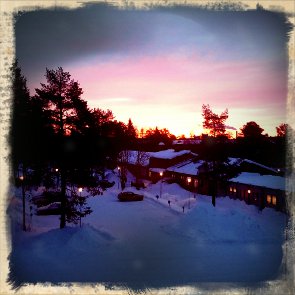 I like the sun and light, and light is an important aspect when taking photos. We've gained 2.5h sunlight since winter solstice and this is what I could see through the living room window earlier this week - before heading to work. 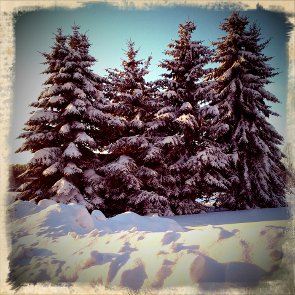 The days are getting longer and it's amazing what some extra minutes of sunlight does. This time of the year it's common with temperatures way under freezing, but the last weeks has been a bit strange, like a big lottery, will it be -3C or -17C today?

Yesterday, it was -16C when I went to work, this "morning", being Saturday and all, it was only -1C so I couldn't resist packing the backpack and taking a long photo walk. 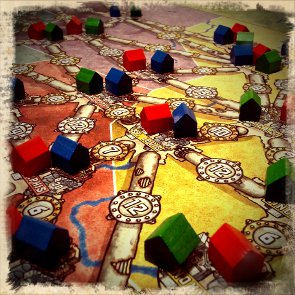 When it's -20C outside, I'd rather stay inside and this afternoon we decided to "play" power grid so we'd know the rules well and can introduce it to some of our game playing friends.

To better understand the dynamics, we added an imaginary player for which we together decided the tactics. Guess what, it won. Well, we know the rules by heart now and next time there'll be just human players!

So far, I recommend Power grid.

Since the spring we've had a small citrus tree on the balcony. It's a cross breed, one kind of trunk and another kind of citrus tree grafted upon it.

When the autumn came, it was taken inside, but this far north there wasn't enough sunshine and wrong temperature caused it to drop all the mini oranges. But the one and only fruit on the trunk kept fighting and started looking like a real small lemon (4-5cm). Long story short, it was delicious and I want more of them!

So it all begins..